Patty Swedberg: After working in the Health Care Field as an Occupational Therapist and operating a home-base  business while raising a family, Patty founded Raise the Bar in 2004 - and as a USAT Coach, coached individuals, groups, and youth at National Development Camp.  She also began the RTB triathlon team ,  which began as a local team of 7 elite women to an organization that manages 250 athletes, training programs, and event production.    She is a former member of the USA Triathlon Nation Race Director Committee and the Pacific Northwest Regional Board.  Patty's triathlon passion began in 1986 and she's raced ever since at every distance - though sprint triathlons are her definite favorite.  Patty's primary focus at RTB is program development, race production, and conjuring ways to make RTB continually improve. She also enjoys coaching a good hard swim workout! She's married to her best friend,  Bill, and has 2 married, adult children and 4 grandsons. 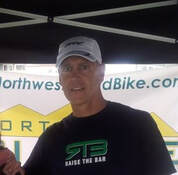 Brad Williams has been involved in multisport for 30 years.  He loves riding a new bike, swimming in the open water, and hanging out with his buddies on Sunday morning bike rides.  With a pretty substantial background in Business & Operations, Brad helped RTB get off the ground in the beginning and continues now as a partner.  Brad also founded Northwest Tri & Bike – a triathlon and cycling shop in Kent where – like at Raise the Bar – he considers people to be the most valuable resource. Brad was an All-American swimmer through high school & college and brings that background with him.   He is surrounded by 4 women in his life - his wife, Karen, and 3 daughters.   Contact Brad Here

Since Raise the Bar began in 2004, there have been some very knowledgeable & experienced folks that have emerged in our community.  Swim, bike, and run specialists, Coaches, Directors, Sponsors, Health Care Providers – all find a home on our triathlon team.

The Raise the Bar staff are the heart and soul of our organization.  RTB coaches and staff have a passion for multisport and the people involved in it. They carry out their coaching or administrative duties with passion and enthusiasm, which is the reason RTB feels warm, welcoming, and excellent. 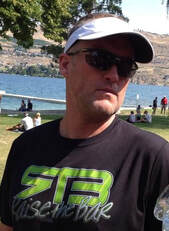 Erin Eronemo: Erin has been mixed up in the sport of triathlon since sometime in the early 90′s.  He’s raced every distance from sprint to Ironman and brings his decades of experience to the coaching staff at RTB. His swim coach experience spans all ages and many levels of competition including Kids, High School, and Masters Swimming.    Erin balances a light, easy manner with a very competitive spirit that he passes along to his athletes.  He believes in anyone’s ability to succeed if they work hard.  Erin's workouts are hard - but fun!  Erin is married to Tracy, has a grown daughter & son and a granddaughter. 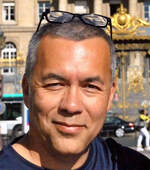 Mike Murphy coaches RTB’s evening and Open Water workouts. He is also the Swim Course Director for RTB's triathlons.  Mike is a lifelong swimmer and continues swimming and competing with Master’s swimming.  He is also a Swim Official – and works multiple meets throughout the year.  The combination of his swim experiences gives him a great perspective on stroke mechanics and his good nature makes him easy company. 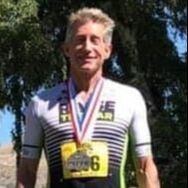 Chris learned to swim when he was 3, and grew up 1 block from a pool. He swam every year, into high school and college. He has made quite a variety of swim training equipment, and likes to keep up on what is new in swimming. He has a talent for helping new, reluctant or frustrated swimmers find their groove in the water. He has helped many local triathletes with their swimming and would like to help you. 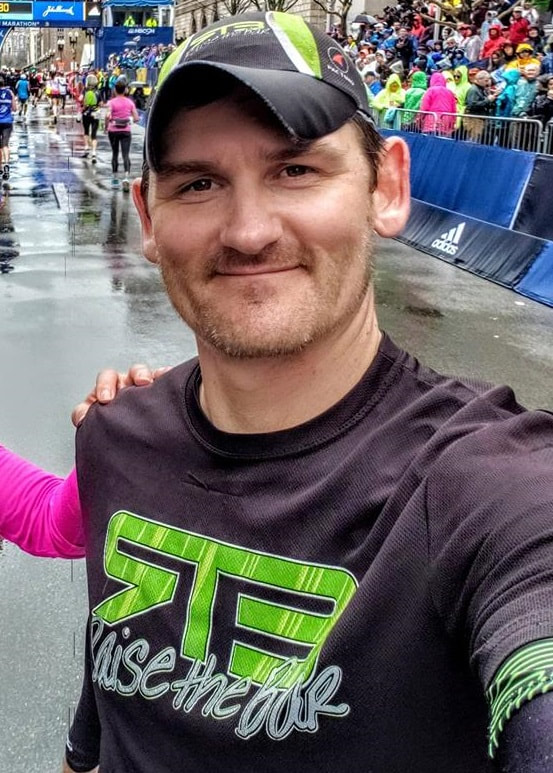 Toby Mollett is RTB’s Course Director for the Events we produce and other events in the community.  He is a whiz at managing government jurisdictions, course measurement & management, communication, and event procedures. Toby has been instrumental in each of RTB’s events, including the Lake Meridian Triathlon, Friday Night Swim Races, Black Diamond Triathlon and our past events including the award-winning XTERRA Black Diamond.
Contact Toby Here
If you have an interest in becoming part of the RTB staff, please contact Patty.  We are always on the lookout for the next passionate, excellent, knowledgeable, and enthusiastic staff member.